Last week, we started looking at God’s plan to redeem mankind.  We read that God told the serpent that Eve’s offspring would crush his head. We read that God told Abraham all nations would be blessed through him. Israel (Jacob), when blessing his sons, said that the “ruler’s staff” would remain with Judah’s descendants until its rightful owner came for it. Moses told the Israelites there would be a another prophet like him, and that they should listen to that prophet.

We also looked at the feasts God instituted, particularly Passover and Day of Atonement.

If you missed last weeks post, you can read it here.

After Joshua had dismissed the Israelites, they went to take possession of the land, each to their own inheritance. The people served the Lord throughout the lifetime of Joshua and of the elders who outlived him and who had seen all the great things the Lord had done for Israel. Joshua son of Nun, the servant of the Lord, died at the age of a hundred and ten. And they buried him in the land of his inheritance, at Timnath Heres in the hill country of Ephraim, north of Mount Gaash. After that whole generation had been gathered to their ancestors, another generation grew up who knew neither the Lord nor what he had done for Israel. (Judges 2:6-9)

So, apparently, that whole generation had failed to teach their children about the Lord. Things went downhill from there.

Then the Lord raised up judges, who saved them out of the hands of these raiders. Yet they would not listen to their judges but prostituted themselves to other gods and worshiped them. They quickly turned from the ways of their ancestors, who had been obedient to the Lord’s commands. Whenever the Lord raised up a judge for them, he was with the judge and saved them out of the hands of their enemies as long as the judge lived; for the Lord relented because of their groaning under those who oppressed and afflicted them. But when the judge died, the people returned to ways even more corrupt than those of their ancestors, following other gods and serving and worshiping them. They refused to give up their evil practices and stubborn ways. (Judges 2:16-19)

It was a real mess. The book of Judges ends by saying,

In those days Israel had no king; everyone did as they saw fit. (Judges 21:25) 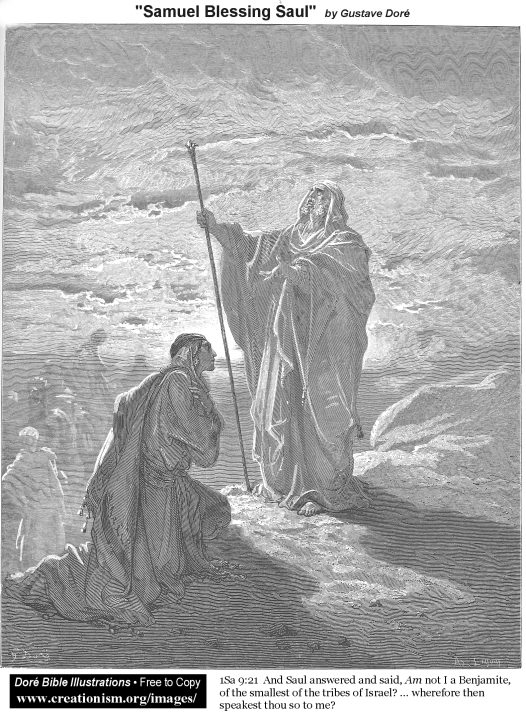 Saul would prove a disappointment, but that was part of God’s plan too, because He had someone else in mind.

The Lord said to Samuel, “How long will you mourn for Saul, since I have rejected him as king over Israel? Fill your horn with oil and be on your way; I am sending you to Jesse of Bethlehem. I have chosen one of his sons to be king.” (1 Sam 16:1)

Jesse had seven of his sons pass before Samuel, but Samuel said to him, “The Lord has not chosen these.” So he asked Jesse, “Are these all the sons you have? There is still the youngest,” Jesse answered. “He is tending the sheep.”Samuel said, “Send for him; we will not sit down until he arrives.”So he sent for him and had him brought in. He was glowing with health and had a fine appearance and handsome features. Then the Lord said, “Rise and anoint him; this is the one.”So Samuel took the horn of oil and anointed him in the presence of his brothers, and from that day on the Spirit of the Lord came powerfully upon David. Samuel then went to Ramah.(1 Sam 16: 1-13)

Years would pass before David actually became king, and we’re not going to through all of that now, but once he was king, and reigning in Jerusalem, he wanted to build a temple for the Lord. The Lord said “no”, but He also said this:

The Lord declares to you that the Lord himself will establish a house for you: When your days are over and you rest with your ancestors, I will raise up your offspring to succeed you, your own flesh and blood, and I will establish his kingdom. He is the one who will build a house for my Name, and I will establish the throne of his kingdom forever. will be his father, and he will be my son. When he does wrong, I will punish him with a rod wielded by men, with floggings inflicted by human hands. But my love will never be taken away from him, as I took it away from Saul, whom I removed from before you. Your house and your kingdom will endure forever before me; your throne will be established forever.’” (2 Sam 7:11-16)

Do you seem some similarity between that and Israel’s blessing on Judah? Oh, if you didn’t already know; David is a direct descendant of Judah. According to this post at Bible.org, it was from this point that the Messiah, was called “son of David”.

Well, David’s heir to the throne was Solomon, and you can read all about him in 1 Kings.

Unfortunately Solomon had many wives and they turned him away from the Lord. Once again, things went downhill. The kingdom was divided, with ten tribes still calling themselves Israel, and two calling themselves Judah. The books of Kings and Chronicles follow both kingdoms, until Israel is taken by Assyria, and pretty much disappears. Later, Judah is taken by Babylon, who is in turn taken by Persia. In time, the Jews (as they were then called) are allowed to return home. The chronological history of the Old Testament ends with the book of Esther, the story of the Jewess who becomes Queen of Persia, and saves her family from annihilation. 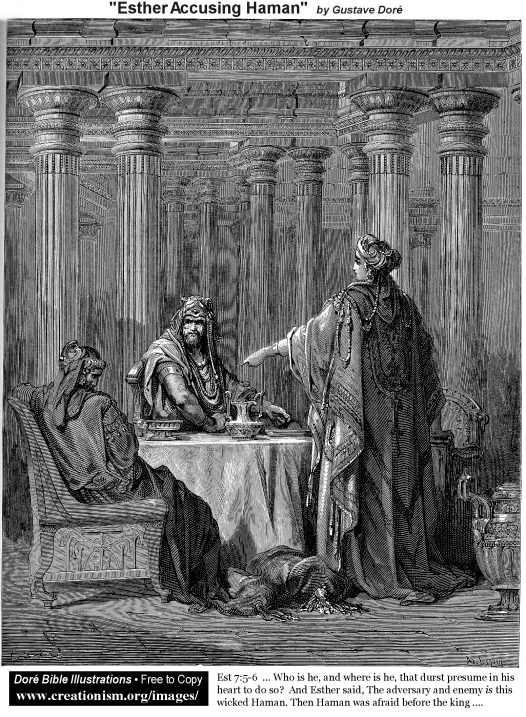 What about God’s plan?

David wrote the majority of the Psalms and his son Solomon wrote most of the Proverbs, as well as Ecclesiastes and Song of Solomon. Today, the remaining books of the Old Testament are called the Major Prophets and the Minor Prophets. Some prophets lived during the time of the kings of Israel and Judah, some during the time of the Babylonian exile and some after the return from exile.

Psalms and the writings of the prophets contain the main portion of what we call the “messianic prophecies”; those which foretell about the one who would come and rescue Israel. There are well over a hundred of such prophecies in the Old Testament. No, we aren’t going to list them all here, but this article has a good list, as well as fulfillment scriptures from the New Testament.

Here are just a few.

Dogs surround me,
a pack of villains encircles me;
they pierce my hands and my feet.
All my bones are on display;
people stare and gloat over me.
They divide my clothes among them
and cast lots for my garment. (Psalm 22: 16-18) 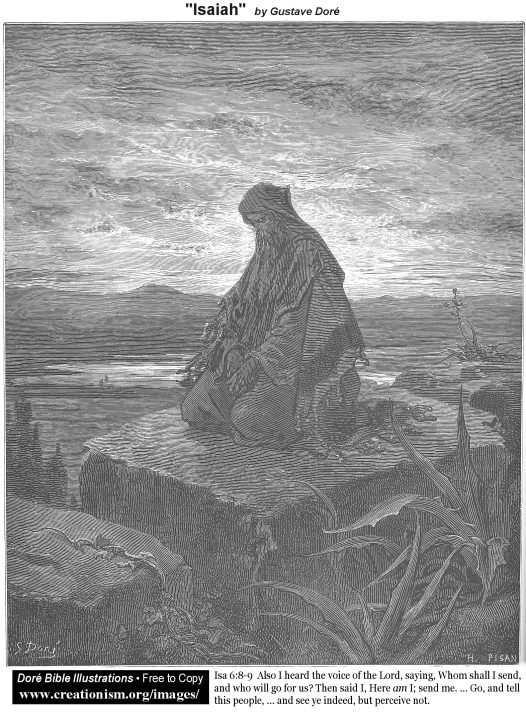 Therefore the Lord himself will give you a sign: The virgin will conceive and give birth to a son, and will call him Immanuel. (Is 7:14)

For to us a child is born, to us a son is given, and the government will be on his shoulders. And he will be called Wonderful Counselor, Mighty God, Everlasting Father, Prince of Peace. Of the greatness of his government and peace there will be no end. He will reign on David’s throne and over his kingdom, establishing and upholding it with justice and righteousness from that time on and forever.
The zeal of the Lord Almighty will accomplish this. (Is 9:6-7)

Surely he took up our pain and bore our suffering, yet we considered him punished by God, stricken by him, and afflicted. But he was pierced for our transgressions,
he was crushed for our iniquities; the punishment that brought us peace was on him,
and by his wounds we are healed. We all, like sheep, have gone astray, each of us has turned to our own way; and the Lord has laid on him the iniquity of us all. (Is 53:4-6)

In my vision at night I looked, and there before me was one like a son of man, coming with the clouds of heaven. He approached the Ancient of Days and was led into his presence. He was given authority, glory and sovereign power; all nations and peoples of every language worshiped him. His dominion is an everlasting dominion that will not pass away, and his kingdom is one that will never be destroyed. (Dan 7:13-14) 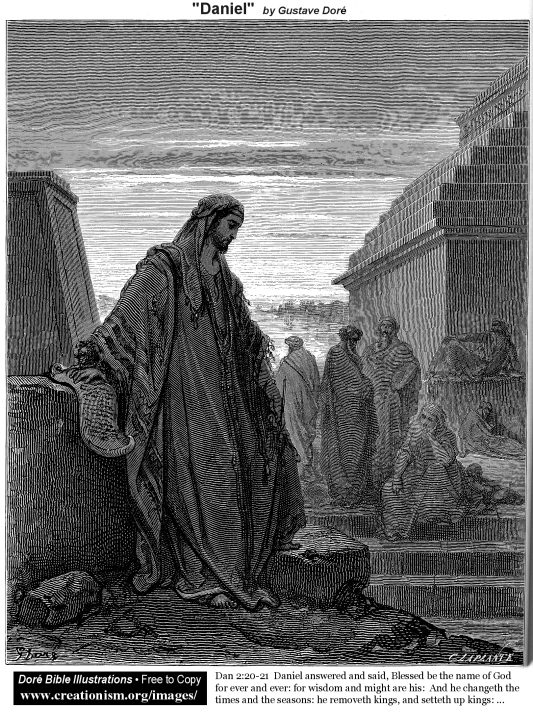 Rejoice greatly, Daughter Zion! Shout, Daughter Jerusalem! See, your king comes to you, righteous and victorious, lowly and riding on a donkey, on a colt, the foal of a donkey (Zech 9:9)

But you, Bethlehem Ephrathah, though you are small among the clans of Judah, out of you will come for me one who will be ruler over Israel, whose origins are from of old, from ancient times.” (Micah 5:2)

I will send my messenger, who will prepare the way before me. Then suddenly the Lord you are seeking will come to his temple; the messenger of the covenant, whom you desire, will come,” says the Lord Almighty. (Mal 3:1)

These are just a few of the prophecies concerning the Messiah. He was to be from the family of Judah, a son of David, from Bethlehem, born to a virgin, righteous, victorious and sovereign. He would rescue Israel, and rule forever.

Is that your plan God? Awesome!

Wait a minute. What about redeeming mankind?

There has to be more.

When the New Testament opens, about four hundreds years have passed since the writings of Malachi, the last prophet. What was once the mighty kingdom of Israel is now a Roman province called Judea, where Herod the Great is King. Caesar Augustus is the  Emperor of Rome.

Occasionally my post might contain an affiliate link. If you follow the link and make a purchase, I might receive a small compensation. My compensation will in no way affect the price you pay. Rest assured that I will only promote those things of which I approve.
Follow This Little Light of Mine on WordPress.com